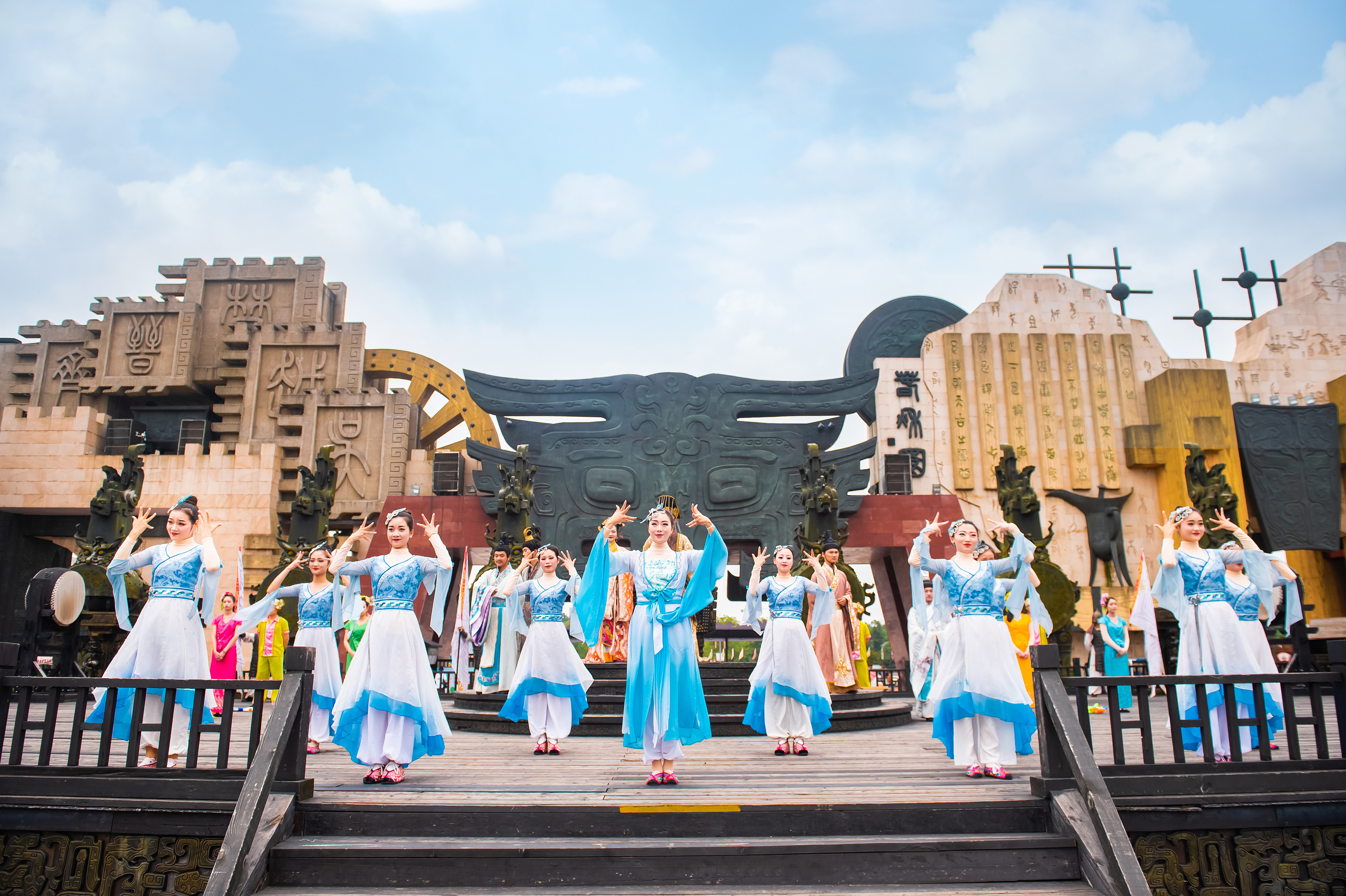 Ancient Chinese worshipped heavenly deities, earthly spirits and dead ghosts. Sacrifice forms part of Chinese ritual. As the venue for sacrificial ceremonies, the altar holds all in utmost awe. This is because people often pray for bliss on the holy venue. What stands in the center of the altar is cauldron, an ancient cooking utensil. It later became a vital sacrificial artifact, which signifies power and prestige. It is said Yu the Lord, when establishing Xia Era, cast nine cauldrons using all metal under the sun as a token of China’s Nine Prefectures. Then emperor has been called the Supreme Lord of Nine Cauldrons. Those ethic regimes desiring to take the central throne have been referred to as willing to ask the weight of the cauldrons. At 9:18 a.m. each day, Bliss-Praying Ceremony occurs here. This is inspired by lords’ bliss-praying to deities during the Spring and Autumn Epoch. That intends to bring to life the historic scenes of ancient Yan State—parade, bliss-praying, singing and dancing, and alliance-forming with modern artistry. And thus the theme “Harmonious Society, Widespread Prosperity” can unfold itself well. The real drama amid astoundingly steady music brings about a magnificent show of the ancient dance and martial arts. Modern cartoons come as an interlude, which makes the bizarre panoply all the more charming. In short, all audiences can enjoy a perfect mix of ancient culture and modern fashion here.