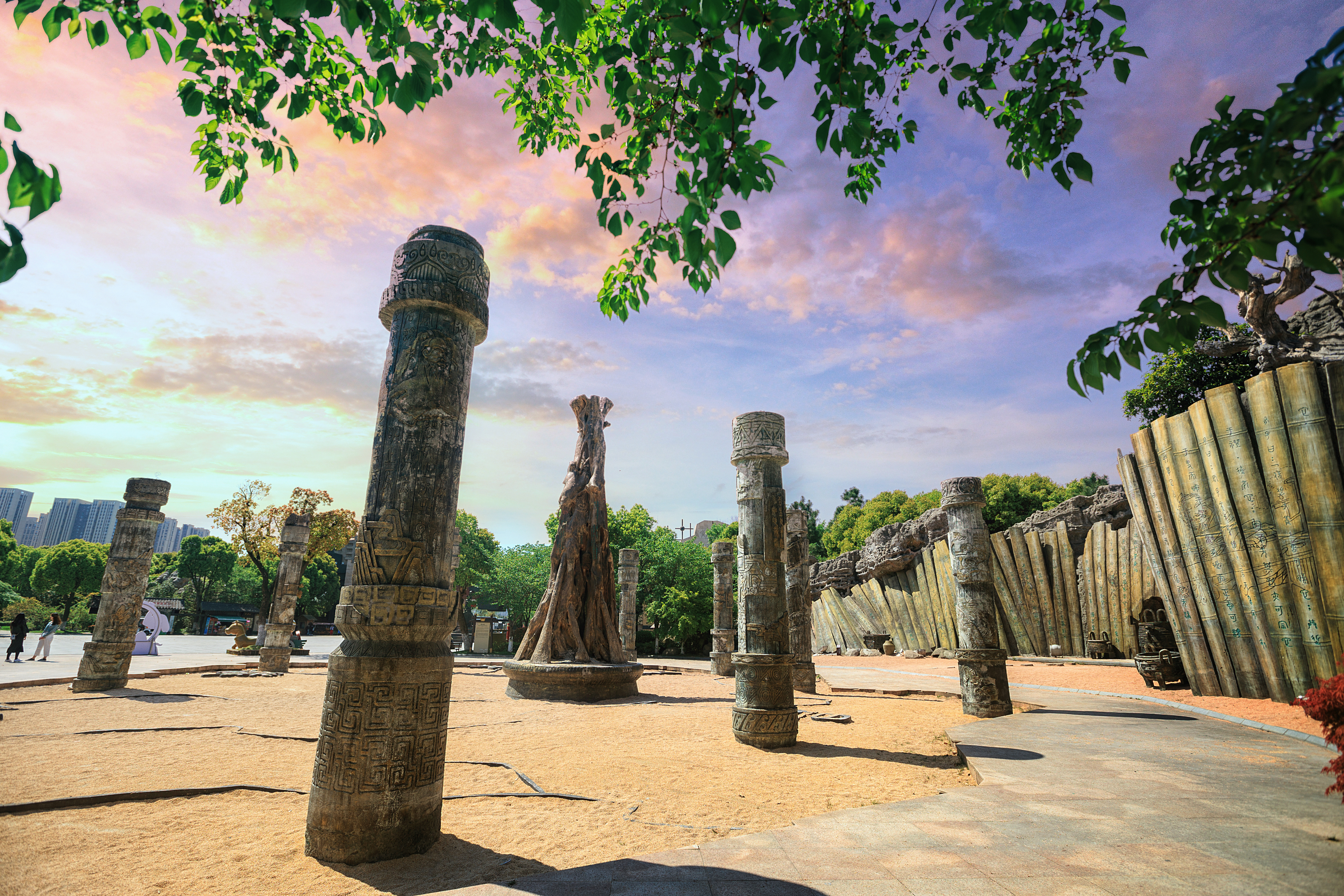 The poles ahead of us, in fact a sign of totem, represent 12 schools like Confucianism and Taoism. This vigorous old tree in the center of the domain best embodies the full bloom of the academia in that era.

Chinese characters, derived from pictograph, are an early hieroglyph indeed. Cang Jie, history scribe in the remote past, devised this long-standing writing system. For more than 3,000 years, Chinese writing regime has mainly undergone the several stages: greater seal script, smaller seal script, clerical script, regular script, cursive script and running script. Greater seal script dominated the Spring and Autumn Epoch. For this reason, most garden-wide writings, including those on the bamboo-slips of the half-wall are engraved in that script.