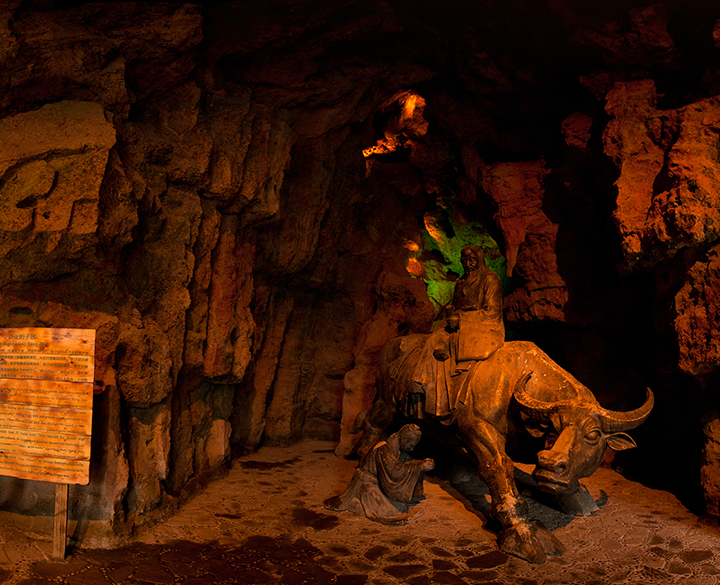 Legend says Laozi the grandmaster established this school. All its followers argued “the way of following nature” and “the importance of doing nothing”. In particular, Laozi himself and Zhuangzi separately composed Tao Te Ching: The Way and its Virtues and Zhuangzi: Wandering of the Way.

Laozi, also called Laodan, has been revered as the “Old One”. It is said this master later headed west on a black ox. Hangu Pass’s guard-in-chief Yin Xi, on the Sky-Watching Pavilion, suddenly saw a purple vapour rising in the east. He said to his underlings a sage must be coming here soon. As he had said, Laozi on an ox arrived slowly within 3 days. Yin Xi asked the master to leave him some words, otherwise he would not allow him to take leave. Then Laozi the Lord wrote Tao Te Ching, a short book of 5,000 characters influencing later China and the world at large.