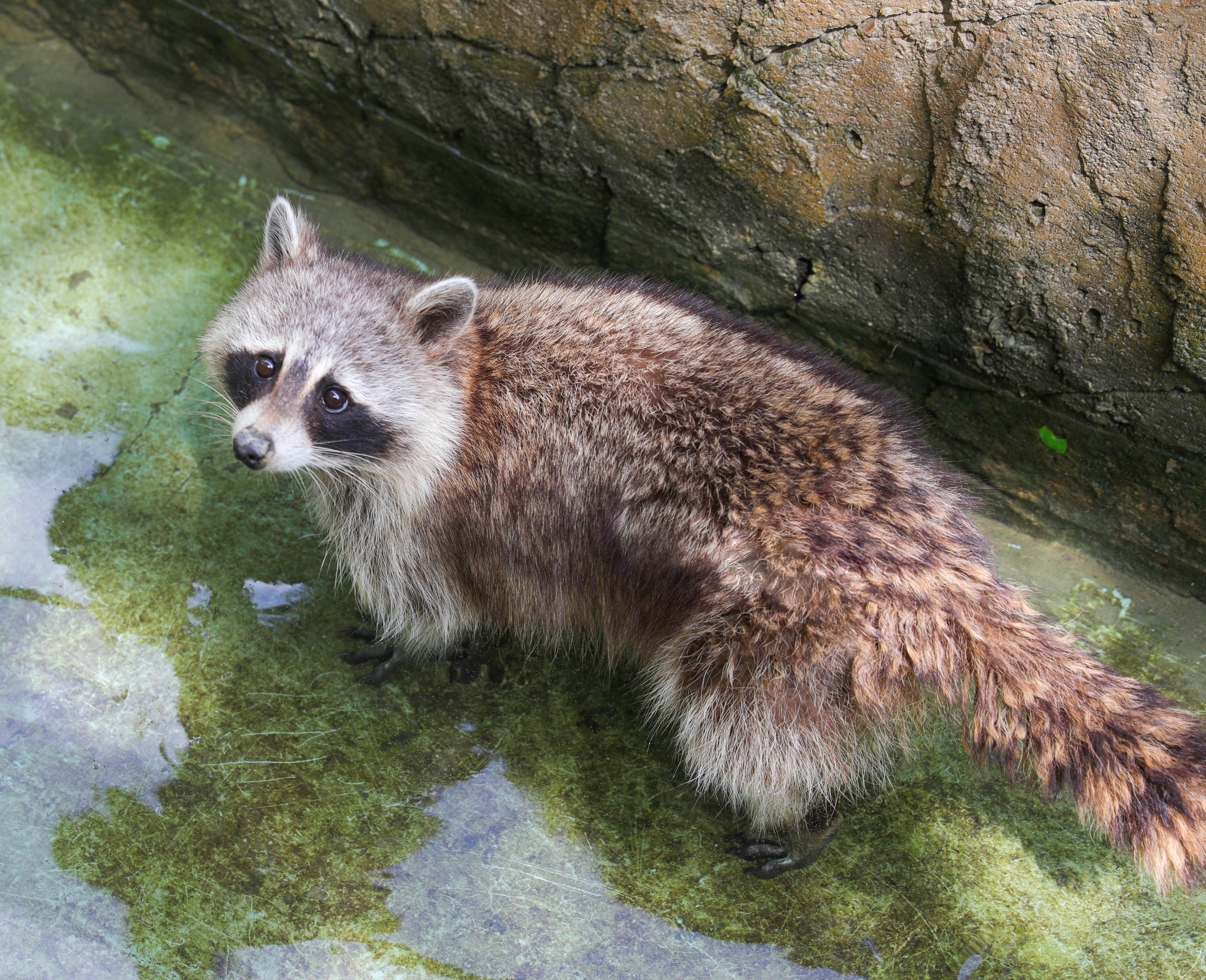 Raccoon is an animal of raccoon family in carnivora of Mammalia, which originated from North America. It is named raccoon in Chinese as “Huanxiong” because it washes its food in water before eating. It has superior foot sense, and often hunts and eats with its front paws, which are almost as flexible as monkeys. Raccoon has a reputation as “Talented Swimmers”. It likes to inhabit the woods near rivers, lakes or ponds, and most of raccoons work together in pairs or as families.